With more Contractors than ever struggling to survive the huge fall out caused by the Pandemic and recent IR35 changes, what are the warning signs to watch out for?

Contractor liquidations are on the rise. I am not talking about MVLs (Members Voluntary Liquidations) whereby the contractors are closing their solvent PSCs to maximise asset value and take advantage of Business disposal tax relief, no, and as is probably expected after the effects of a pandemic, many contractors are closing down their PSCs using a CVL (Creditors Voluntary Liquidation) as the company can no longer pay its bills, is insolvent, and the contractors’ opportunities for future employment are limited or have changed.

It is the responsibility of professional advisors like Accountants, lawyers and Insolvency Practitioners (IPs) to be acting as a support network for businesses in difficulties, especially at this time where the contractor market in particular has not only had a Pandemic to deal with, but also the effects of IR35 coming into effect and changing the way many companies employ their workforce.

Spotting those difficulties is key in protecting your clients interests as trading an insolvent company can open up a whole host of problems for Directors, such as exposure to personal liabilities and a loss of control over how their company is handled if creditors decide to take enforcement action. Suffice to say, it can be an immensely stressful situation for any Director, especially when debts can’t be settled and the future is uncertain.

Let’s have a quick look at why we are seeing more contractor insolvent liquidations and the effects of the Pandemic and IR35, as this may help you – the accountant, identify tell-tale signs that a Director needs to speak to an IP. 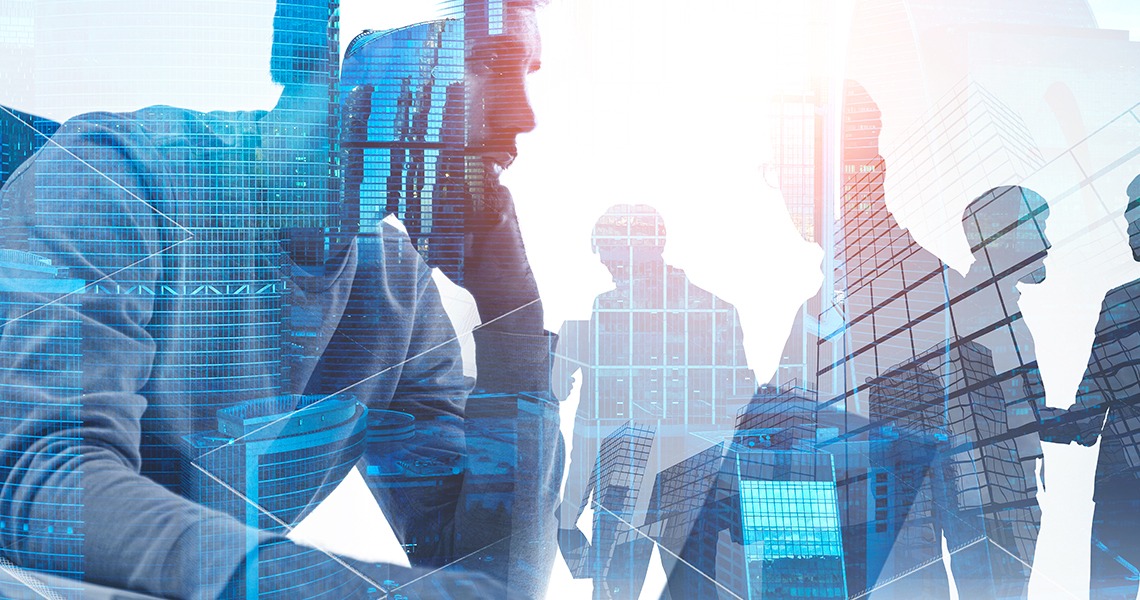 The last 15 months were unforeseen and the world in general unprepared to deal with such a fast closure of whole economic structures. It’s true, some businesses thrived in this time, however we are focusing on those who didn’t and contractors in particular.

Many businesses were left with the inability to forecast, to plan or make informed decisions, leading to stagnating markets and survival mode being adopted.

I expect many projects with large numbers of contractor workforces were paused or cancelled, with no assurances able to be offered on future employment. It follows that opportunities for employment would be greatly reduced, what work was available had swarms of applicants. That would create an employers market and day rates could be substantially lowered with no fear of not being able to employ.

Now added in to this – IR35. Major contractor employers in banking, healthcare and construction to name a few, essentially de-employed large swarths of their workforces, turning to umbrella companies to supply critical skillsets or simply switching to contracts of employment instead.

The culture change for contractors has been phenomenal and the effects yet to be fully felt.

So while all this was going on, what were the contractors doing?

Uncertainty is a killer, what I mean by this is like in gambling, contractors didn’t know whether to stick or twist. Do I take out a CBILS or Bounce Back loan as capital to see me through these next few months, there will be work for me soon enough? Do I use this loan capital to pay outstanding debts or shall I use it for future income protection. Do I take that previous job, but now pay tax & NI, essentially cutting my take home pay significantly. Can I and shall I furlough myself?

Whatever questions were asked and actions taken, income was stilled and debt levels built, resulting in zombie companies sitting in limbo, uncertain of what the future held. Now the pinch points of furlough ending, loan repayment terms becoming active & taxes being collected are coming home to roost, many PSCs are on the verge of Insolvency. The question is – do you and your clients know it, or how to recognise it and when to take action?

A good starting point is whether or not the company is technically insolvent.

According to the insolvency laws, a business is actually insolvent if it can’t pay its debts as they fall due and / or has more liabilities than assets.

I know, that’s a pretty broad definition and I wonder how many businesses across the UK fit into that category right now?

So and anyway, what’s the big deal about trading whilst being insolvent?

Well and as stated right at the start, trading an insolvent company can open the Director up to the accusation of wrongful trading, which could lead to that nightmare scenario where the Director could end up becoming responsible for certain company debts and / or being banned from acting as a future Director for up to 15 years.

Not everyone is aware of the consequences or responsibilities of Director actions while the business is technically insolvent and sometimes it isn’t realised until it’s too late.

Indicators Accountants can use to alert them to the possibility their clients may be Insolvent:

There are many red flags to spot your client is in trouble like bounced cheques, HMRC time to pays in place, a reduction in income, increase in liabilities and creditors constantly pushing for payment.

Financials, such as the latest Balance Sheet and Profit and Loss are always however the obvious go to places and will show the current position.

It is however  projections over the next 3 months or so which normally provide a much better indicator on any problems fast approaching.

Further, clients who have taken up an umbrella service or gone PAYE, who are paying their accountant a minimal fee to keep their PSC alive should also be monitored as above, a common fault a Director could make is the out of sight, out of mind scenario and not realising cash balances have been overtaken by bills or repayments.

When Should a client speak to an Insolvency Practitioner?

I think the answer to this is when the business is technically insolvent, or if they can forecast / project and see that at some point in the future, their income won’t support the debt level.

I cannot stress enough the advantages of tackling the problem early and giving an IP time to calmly work through the problems and plan their actions in the best interests of protecting your client / the other stakeholders.

There is an age old stigma attached to Insolvency Practitioners that scares some clients from engaging until they are too deep in debt. The opposite is actually true, the earlier the engagement the more options are normally available. What’s even more important for directors is that early engagement has far more chance of capping and sometime completely extinguishing any subsequent claim of wrong doing / personal exposure.

A harsh hand has been dealt to the contractor market recently and while the future is still uncertain, the collaboration of us all to protect the UK workforce will ultimately speed up its recovery.

This website uses cookies to improve your experience while you navigate through the website. Out of these cookies, the cookies that are categorized as necessary are stored on your browser as they are essential for the working of basic functionalities of the website. We also use third-party cookies that help us analyze and understand how you use this website. These cookies will be stored in your browser only with your consent. You also have the option to opt-out of these cookies. But opting out of some of these cookies may have an effect on your browsing experience.
Necessary Always Enabled
Necessary cookies are absolutely essential for the website to function properly. This category only includes cookies that ensures basic functionalities and security features of the website. These cookies do not store any personal information.
Non-necessary
Any cookies that may not be particularly necessary for the website to function and is used specifically to collect user personal data via analytics, ads, other embedded contents are termed as non-necessary cookies. It is mandatory to procure user consent prior to running these cookies on your website.
SAVE & ACCEPT